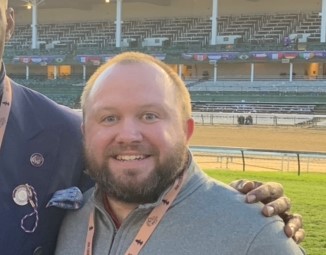 I’ll preface this by saying there are only 3-4 horses that I will have no exposure to in some way shape or form on my tickets. When it comes to wagering this race I think it comes down to making a stand on a horse you really like and playing as deep as you feel you can/need to on the back end of exotic wagers.

War of Will  PP1 20-1 (Tyler Gaffalione/Mark Casse)- War of Will was the unfortunate horse to draw the rail. While for years this is been looked at as the post position of doom  War of Will is ultra talented. The Jockey/Trainer duo are two of my favorites at the craft in the entire country. Because I think he will be completely tossed by so many I’ll be sure to use him underneath on my exotics and hope to catch the right break and have his talent show on Saturday.

Maximum Security PP 7 10-1 (Luis Saez/Jason Servis)- While I didn’t list Maximum Security amongst my top 4 I will have plenty of him on my tickets. This horse is actually my favorite horse in this field and I think he’s going to be an absolute handful as he moves forward in his career. What he did as an unproven lightly raced horse in the Florida Derby was incredible. I loved him in that race and I still love him now. The issue in this race is how the pace should play out. If you read my Oaks analysis you will know I am super high on Motion Emotion and Maximum Security is my Motion Emotion in the Derby field. The pressure he faces will determine the outcome of this race. I expect to see the first quarter go in the 22 second range which is quick but will be more so because of horses trying to position themselves into the first turn. The half mile and ¾ mark is what to me will decide this race. If Maximum Security is on the lead which I expect he will be and puts up anything close to a 47 second half mile or slower and he will be an absolute handful in the stretch and might win it wire to wire. If the pace is quicker than that he most likely doesn’t hit the board.

Win Win Win PP 14 (Julian Pimentel/Michael Trombetta)- I have a slight bias towards this horse as he ran the early races of his career super close to home at Laurel Park. In the Tampa Bay Derby he finished 3rd to Tacitus who I mentioned above as a legit contender in this field and in that race Win Win Win ran wide throughout and was closing really well in stretch despite that. He then came back in the Blue Grass where he finished second to Vekoma. In that race nearing the top of the stretch he had to check up and lost a ton of momentum, while I don’t think it would have led to him running down Vekoma the way he ran home gobbling up ground on a speed favoring track was something to see. If the pace is hot expect to  Win Win Win closing on the leaders late.

Roadster PP 17 6-1 (Florent Geroux/Bob Baffert)- Baffert’s third horse is another talented one. His run in the Santa Anita Derby to run down Game Winner was extremely impressive. He dropped back nearing the stretch and at one point looked like he might fade to last. Instead when Mike Smith flipped the switch Roadster made a big sweeping move on the far turn at a track where that type of move is not all that common. He’ll get Florent Geroux aboard for the first time so we’ll see if they can form a good connection come Saturday.