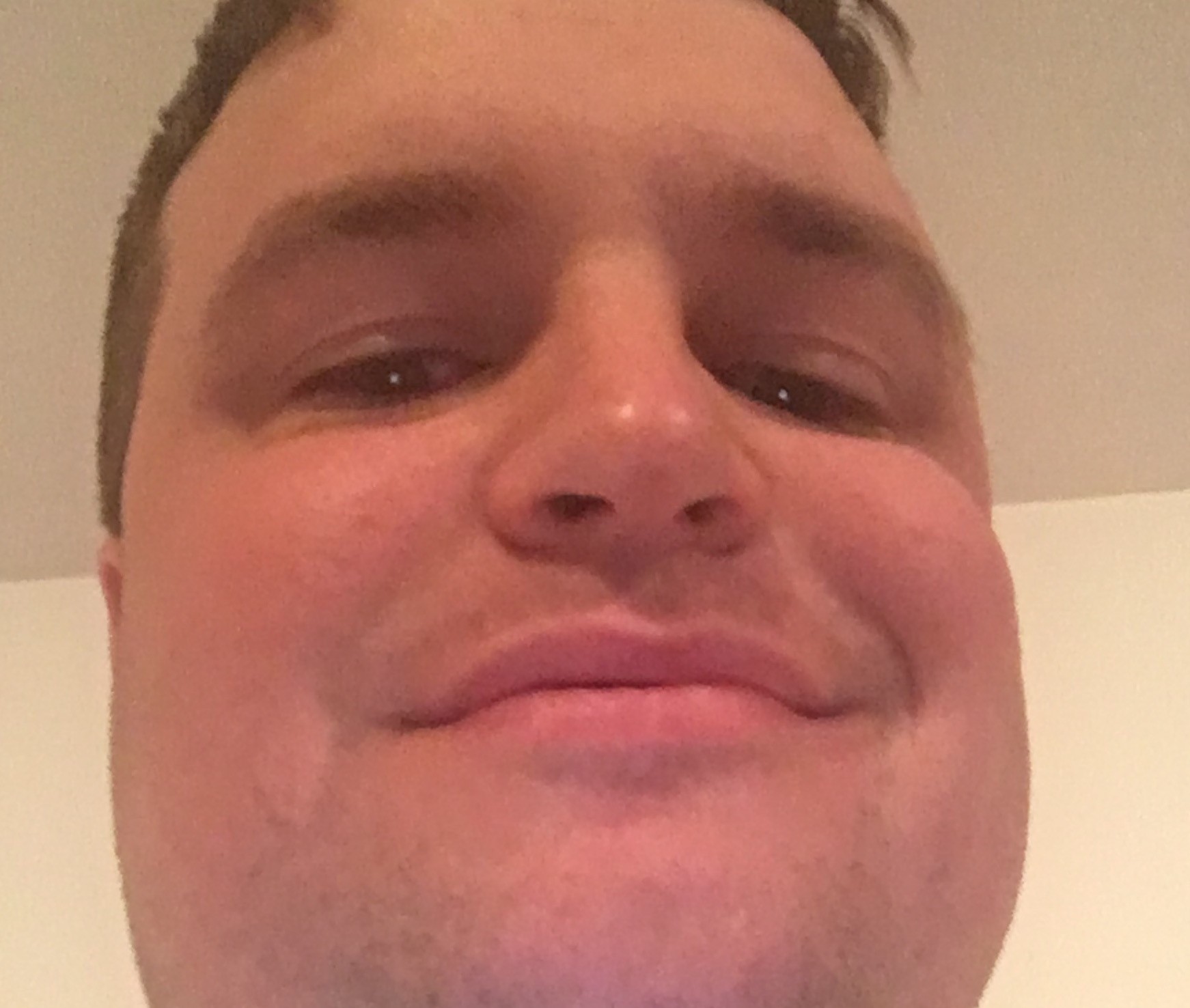 #1 Living In The Past (ML 15-1): This filly has done all her racing in female-restricted sprint races in Great Britain. She was able to go wire to wire against an average looking Group 2 horses at York two races back despite appearing to tire in the sixth furlong. She tired much quicker against better in the G1 Cheveley Park, coming under vigorous pressure less than four furlongs in. Now, she needs to deal with firm ground, two turns and the cross country ship for the first time. Trainer Karl Burke has only made the trip to the states once before with no success. If she can deal with the American gate and break well, she figures to be a part of the pace but looks to be an outsider.

#2 Croughavouke (20-1): She has a modest Irish pedigree and broke her maiden in a slow race in Ireland this summer before making to move to Southern California for a fall campaign. She’s run OK in the two preps on this circuit. She had legitimate trouble in the Surfer Girl, being spread almost to the grandstand before rallying to just miss. The experience and comfort at Santa Anita is a plus but those races came up below par for the division. She is coming into this with a decent pattern and figures to run well but looks more like a fringe candidate to fill out the superfecta.

#3 Shadn (10-1): Trainer Andrew Balding isn’t a household name over here but he has been comfortable bringing horses to North America, winning the G1 EP Taylor two years ago and not running poorly in two G1’s this year. He has experience shipping horses and he has treated Shadn like a good horse from the start, pointing to a Royal Ascot race for her second race and shipping into France to win a Group 2 just 19 days ago. Based on Timeform figures, she comes out of strong races and she looked good in using tactical position to impressively win in France. She lures Spencer and draws well which leads me to believe she will work out a good trip. The only question is the distance being out of excellent sprinter No Nay Never. She looks like a legitimate contender.

#4 Abscond (15-1): She was game in upsetting the Natalma. She got away with a comfortable lead and wasn’t tackled until the stretch, at which point she had enough left to just outfinish two rivals including his rival here Fair Maiden, who got an overconfident ride. That race was a bit out of left field and it came on a boggy turf. She won’t get that here and she doesn’t figure to get those early fractions here either. Trainer Kenneally is having an excellent year but has never had success at the Breeders Cup. Prefer others.

#5 Daahyeh (5-1): This filly has spent the year knocking heads with the very best females in Europe and managing to finish in the exacta every time. While her speed figures don’t overwhelm this field, she certainly stands out visually. She easily handled 24 rivals at Royal Ascot. She was glued to the hip of Aidan O’Brien’s standout Love at The Curragh and followed that with an impressive late kick to win at Newmarket. Her acceleration late makes it seem as though she will appreciate the extra distance here and, if she does, she will be in the mix at the wire.

#6 Unforgetable (20-1): This longshot actually did have trouble in her last race on the synthetic, looking to be running like a winner before being sandwiched and closed out. Joseph O’Brien opts to bring the Oxley owned filly over here despite having little in the way of credentials. She has one decent race around the left handed Leopardstown and the word is she likes the turf firm. She will be a huge price here and is not impossible. Some intrigue.

#7 Crystalle (8-1): One of the surest bets of the day is that Joel Rosario and Crystalle will be in last place as this race reaches its halfway point. That’s a given. Less of a given are the two questions for Crystalle entering this race: is she good enough and will there be enough pace in here for her to prove it? The Ms Grillo was an average prep race for this and she wasn’t able to threaten Selflessly. Because of all these European based sprinters, judging the pace of this race is murky at best. Additionally, all of his races have been at the 8.5 furlong distance so he actually loses a half furlong for his closing flourish. He is too talented to dismiss and he did draw well but at a relatively short price, I prefer others on the win end.

#8 Tango (10-1): She is the prototypical Breeders’ Cup entry for Aidan O’Brien and Ryan Moore. She checks all the boxes: busy schedule, short rest, difficult pattern, battle and class tested. The problem for Tango is that she just doesn’t look incredibly talented if you watch all of her races this year. She has popped and stopped in almost all of her races, all on a straightaway going shorter. She figures to be in the lead here but she has to go further than she ever has to see this out. She dropped in class last time and ran a fast race but this is a tougher task. I respect the connections enough not to dismiss her but she does not figure to be a fair value in the pools.

#9 Albigna (9-2): While many of the European shippers here have at least minor questions about the two-turn mile, Albigna enters here as filly crying out for longer as she won a mile race with a turn last out and galloped out full of run. That race came back with the fastest speed figures of any represented here. Her trainer has very limited experience with the trip to America but her filly checks all the boxes. The horse to beat.

#10 Fair Maiden (12-1): This Godolphin filly showed such brilliance in two sprints that she was 3/5 in the Group 1 Natalma at Woodbine where she got a hesitant ride, was goofy in the lane and settled for a bad third. There are reasons to have doubts that she will rediscover her promise this weekend and, despite training for weeks at Santa Anita, she hasn’t looked brilliant in her morning works or gallops, albeit on dirt. She gets the fourth rider or her young career and hopefully Van Dyke has instructions to go to the front, put away the other questionable speedballs and show that previous brilliance. I respect the other class in this field but at a generous price, I will wager Fair Maiden returns to form with an aggressive ride.

#11 Sharing (12-1): The regally bred Sharing has done nothing wrong in her career, running two good maiden races at Saratoga before beating a completely overmatched group of fillies in Maryland. She is seeking to become just the fourth progeny of a Breeders’ Cup winning dam to win a Breeders’ Cup race herself and she is going to have to continue to improve rapidly in order to do so. She has only run two turf races in her career. She is just getting her career started. If I had to wager on one of these juveniles being back at the Breeders’ Cup next year, Sharing would be the play. As it is, I will say she comes up just short of the winner’s circle this year.

#12 Sweet Melania (5-1): This expensive daughter of American Pharoah has run one race that gives her a chance to get the money here and it took place 23 days ago at Keeneland. After a mostly disappointing and aggressive beginning to her year, she put it all together and blew away a mediocre Grade 2 field by open lengths. Like so many of the horses in here, she is at the mercy of the pace scenario and it seems unlikely to be as comfortable as her big effort. She is a player in here but this is an acid test if she is going to try to repeat that try on short rest.

#13 Selflessly (8-1):  As mentioned with Crystalle, the Ms Grillo field wasn’t the greatest in the history of that race and this maiden got a great ride from Castellano to earn the victory and the trip out here. Castellano retains the mount and he has a history of working out great trips, but he will have to do it from post 13. With Chad Brown at the controls, this horse will be a short price despite being outposted, underexperienced and perhaps outclassed. She figures to be an underlay and one to stay away from.

#14 Etoile (12-1): The last entry is an odd one as Aidan O’Brien ships in a filly with only two races of experience, the last of which was a flat 8th place behind his other entry here. She did no real running at any time, albeit against a strong G1 field. A logical guess is that he opted not to ship the A or B team all the way to California and the job fell to an unknown quantity like Etoile. She is bred to like more distance and she gets it here but betting on her to be competitive against these is a difficult task, especially after she drew the extreme outside. She could have a future but she’s tough to play at this point in time.